You’ll feel like the most powerful Indian at the pow wow. This Mens Chief Long Arrow Costume is a manly and rugged Native American costume for men. 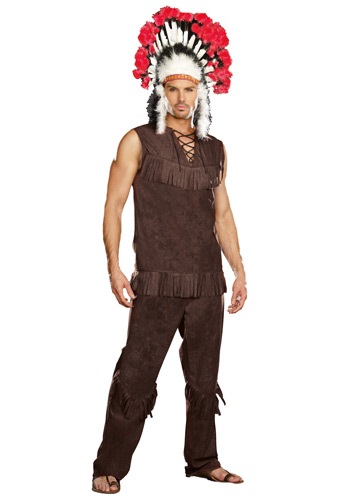 Product DetailsIn this Native American inspired costume, you’ll feel super comfortable in pants and a sleeveless shirt made of the softest faux suede. There is nothing that’s softer and cozier than suede. Why, for so long, has it been limited to shoes when so many of us want a whole outfit made of it? Now we have our wish and in a gorgeous chocolate color no less.The shirt has fringe accent on the chest and the hem. The neck of the shirt makes a V-neck and can be tightened with the ties at the front. This ensemble comes with a dramatic headpiece. Soft plumes of feathers come down to frame the face while white, black, and red feathers tower overhead.

Let your child lead their tribe with wisdom and pride when you put them in this Native American Princess Girl Costume. 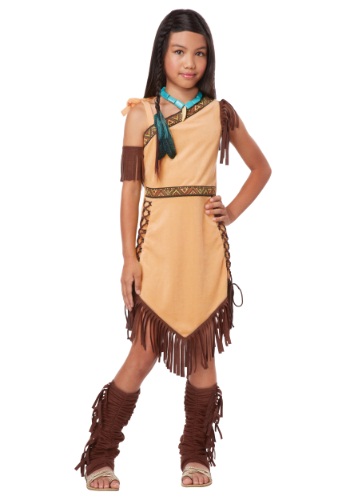 Product DetailsWe all know that our little girls are truly our princesses even though we may not want them to know that! But princesses come in all shapes, sizes, and eras, and it’s not just those in beautiful ball gowns who should be getting our daughter’s attention.This costume is inspired by Native American clothing from hundreds of years ago and modernized for children today. The costume includes a 100% polyester dress that has an asymmetrical top with one side that has fringe trim and the other side ties at the shoulder. The middle and neckline of the dress have a decorative pattern for added detail and the sides of the dress lace-up with brown cord. Decorative fringe hangs from the front and back of the skirt of the dress and an elastic fringe armband and boot covers complete the look! 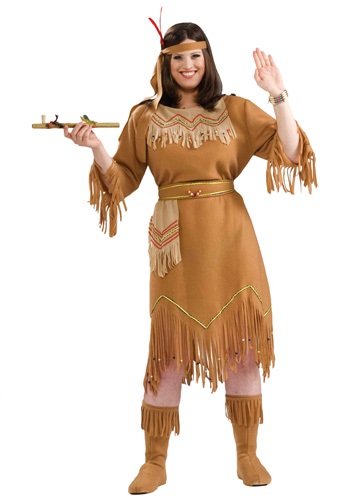 Product DetailsThis Native American-inspired costume works well for colder events. The boot covers attach to your own shoes, so you can have the foot support you’d like without sacrificing the flow of the outfit. The fringe sleeves are three-quarter length and the skirt has a comfortable length that makes it easy to wear with leggings. The belt is adjustable, so you can decide where you most like the waistline to be. You’ll feel cozy all night, wrapped in soft faux buckskin.

This Mens Noble Native American Warrior Costume is styled to look like traditional Native American garb. Add moccasins and toy weapons, and check out our women’s costumes too! 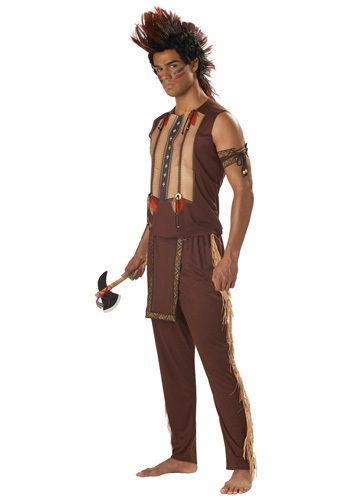 Product DetailsThe Native American-inspired shirt has a breastplate printed on the brown fabric. The printed look is framed with feathers and a bone button on both sides. The faux leather strings dangle from the middle and are accented with one red and yellow bead. The pants are accented with a light faux fringe. They also have a flap on the front and are bordered with a pattern. You’ll even get armbands to finish off your look. Stock up on accessories such as moccasins, or a  faux weapon replica!

Being a warrior without a Native American Spear at the ready is sort of like being a car without gas. Everyone knows a warrior is only as good as his weapon. 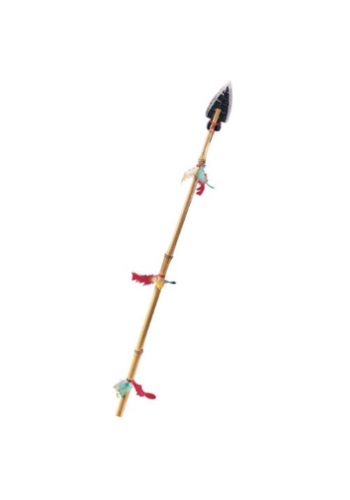 Product DetailsThis toy spear is a faux weapon with lots of details that make it stand out from all the other spears you’ve ever seen! The tip of the spear looks like it is made of stone, but it’s actually a friendly material that won’t hurt anyone at all. The real stick has colorful feathers attached to make it look decorated and particularly rustic. Pair this ancient looking weapon with many different looks this year. 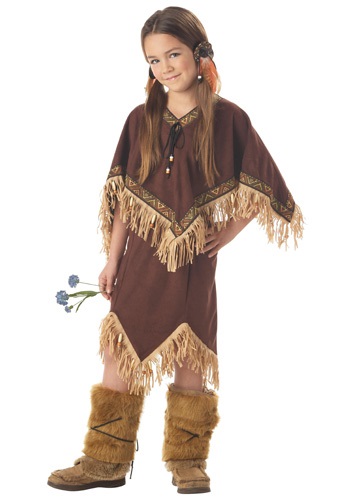 Product DetailsTransform your tyke with this Child Native American-inspired costume. It is made to resemble clothing worn hundreds of years ago. This sleeveless pullover dress has self-ties for size adjustment and a faux suede poncho style cape lined with fringe and brocade ribbon. Your kiddo’s hair can be decorated with felt barrettes that are decorated with feathers on top of a metal hair clip. Be sure to look for other accessories to create your chosen style from head to toe. 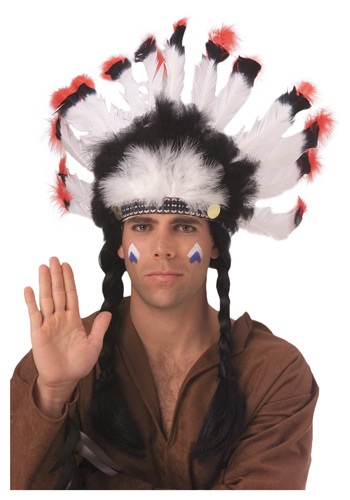 Product DetailsWhether it’s for a theatrical production or Boston Tea Party reenactment, if you want a detailed yet affordable headdress that is inspired by the type worn by Native Americans, then this feathered headdress is the accessory of choice for you! It includes 14 feathers, two gold circles on either side of the headband, and embroidery that adds a touch of color to your costume. Just pair the easy-to-wear feathered headdress with your look and we’re sure you’ll stand out in the spotlight. 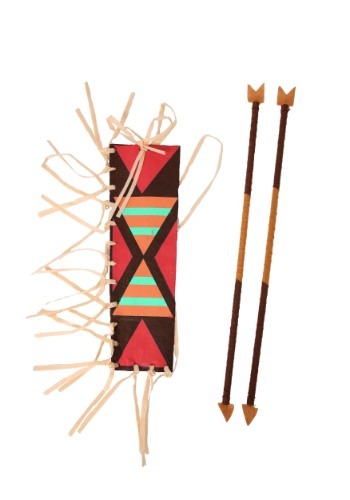 Product DetailsThis Quiver and Arrow Set is exactly what you need to head out on a pretend hunt! No seriously, it has to be for pretend because this is just a toy, but it looks pretty good for a toy. Whether you’re pretending to hunt rabbits or buffalo, it’s the perfect way to feel like you could have been some kind of ancient provider without actually having to prove it. The wild game is plenty and now… you can just enjoy them from afar without harming them in any way! This quiver is twelve inches long. It is bright and cheerful with a geometric pattern in red, dark brown, orange, and turquoise. The sides are trimmed with long buckskin colored fringe. The set comes with two arrows. Both arrows are trimmed with a light colored faux leather brown and they measure sixteen inches long.

Don’t go to your next soiree in any old threads, get this exclusive Toe Tappin’ Flapper Women’s Costume. This costume features a black lace belted top with an asymmetrical burgundy velvet skirt for a fun, flirty vintage look. 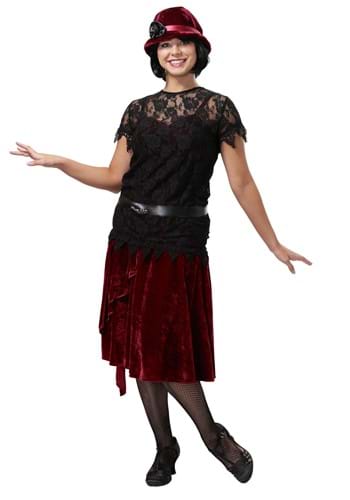 Well, well, well, aren’t you the cat’s meow? Now, don’t take any wooden nickels!Don’t you wish we still talked like those flappers of the twenties? They had a strange kind of accent, half British, half American. People used to train themselves to talk that way to seem distinguished and it was perfectly socially acceptable. Well, try that these days and people might think you’ve lost it. Unless you’re wearing a 1920s dress, if you go all in it just might seem copacetic.Ah, the twenties. They sure didn’t end well but people certainly had a great time while they could. It was an era of dual personalities. In the US alcohol was banned and yet it’s an era known for its parties. Perhaps that’s because with or without the hooch people were still discovering their freedoms. Women got to show their ankles without a big to-do. They could drive cars, ride bicycles, and most importantly they could finally vote. With the absence of corsets and long hems, women’s clothing began to evolve. Playing with textures, draping, and different silhouettes: they were free to experiment. The dress is straight-cut as was the mode of the day. While the top is overlaid with black lace, the bottom is rich dark red velvet with heavy draping on one side for that asymmetrical look.Let’s say you need the perfect gown and hat to wear to that fancy party outside of New York held by that mysterious millionaire. Any modern 20’s gal would have loved this ensemble. So, now that you’ve found the dress, it’s time to work on the accent, whether or not people get that you’re trying to bring back the accent you’ll definitely feel your swagger factor rise.

I want you! to get this Mens Deluxe Uncle Sam Costume… it looks like it just jumped off the poster! 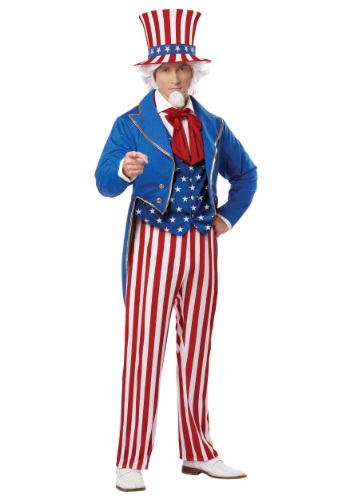 Uncle Sam wants you…to take over his duties so he can go on vacation.You know, Uncle Sam wasn’t the first to personify the United States. No the very first was a female iteration named Columbia, who first appeared in 1738. She was often associated with Lady Liberty. Then came Brother Johnathan, sometime during the American Revolution.Then, during the War of 1812, we finally met Uncle Sam. And since then he has meant a lot of things to a lot of different people. For some, he embodies the government. Others feel he is like the spiritual brother of the United States. Sometimes he is a recruiter for the armed forces. And once a year he is a guy walking on stilts through the Fourth of July parade.This year he could be you! With this Men’s Deluxe Uncle Sam Costume, you can be the next one to personify the United States. You can call your brothers, and sisters to war (but only if you need to). Or, you can ask the girl dressed as Columbia (or even Lady Liberty) to dance at the Fourth of July picnic. Then watch the fireworks together. Either way, don’t do anything that would bring shame on the United States (like blowing something up with firecrackers) as you are dressed up as our favorite Uncle. Nobody needs the PR nightmare of cleaning up after Uncle Sam. Maybe just hang out with Brother Johnathan during the Independence day festivities.