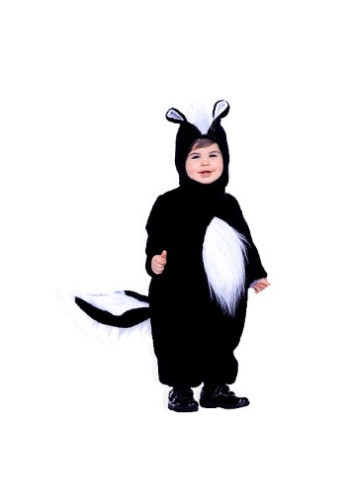 Be the Puppeteer with the cutest puppets out there! This Folkmanis Skunk 15″ Puppet is perfect for your forest creature show! 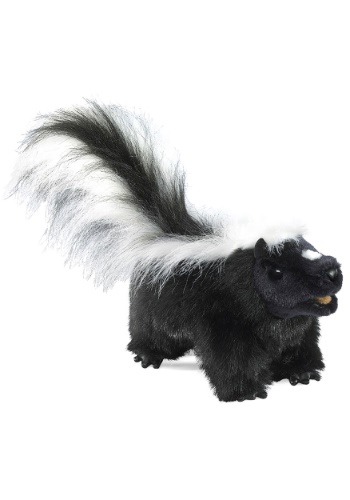 STINK NOT INCLUDEDWe’ve always wanted to pet a skunk. They’re so cute with their black fur and white stripe running down their backs. Skunks look so soft too. We’d like to bury our faces in one or give one a great big hug, except for one pretty big problem: they’re stinky little guys. Poor skunks, they don’t mean to be smelly. Wait, actually yes they do. They’re able to control their stink so getting close to one is pretty difficult. When threatened, they emit a stink bomb. It’s a pretty cool ability; no wonder why kids love skunks!The Folkmanis skunk puppet brings the zoo to you! It’s ideal for puppet shows or just good, old-fashion cuddling. It’ll become the perfect companion for your little one. Get ready to see many performances starring the skunk puppet!        PRODUCT DETAILSThe Folkmanis skunk puppet is approximately 15 inches long and covered in soft black and white fur. The skunk’s interior pouch is where kids put their hands to make the skunk’s mouth and front feet move. It’s ideal for ages 3 and above.   SKUNK SQUAD Kids love creating puppet shows with all their Folkmanis friends. Add the fluffy cat, frog, and bunny puppets to cart so your little one can put on a dramatic performance!

What a little stinker! Show off how cute (and yes, admittedly smelly) your little one can be in this Baby Skunk Costume. This makes an adorable first Halloween costume! 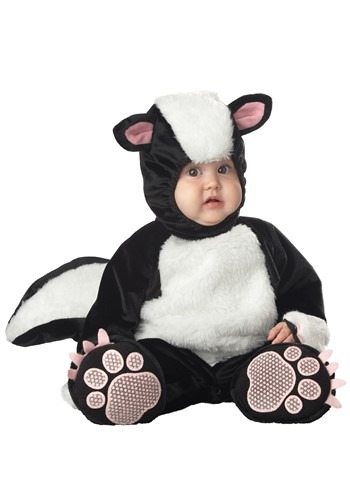 Wait, what’s that smell? It’s not just us, right? You’re getting it too? Certain animals are known for certain characteristics. The giraffe, its neck. The elephant its nose. And the skunk? Well, of course it’s known for what it does to your nose. Everyone knows that certain aroma that wafts through the air to let you know a skunk is near. Skunks don’t bequeath their super scent just for fun, though. For them it’s a defensive mechanism. But if skunks aren’t worried? No spray! No spray, no problem (for your nose)! Honestly, aside from the concern of smell, skunks really are adorable with their fluffy little tails, bright beady eyes and tiny pink noses! Did you know that a baby skunk is called a kit? How cute is that?! They toddle around the woods minding their own business and only make a stink if something scares them (they even do a little warning dance beforehand)! They’re essentially little black-and-white striped kitties.Who wouldn’t want to dress up as this fuzzy little woodland creature? Our Who Done It Baby Skunk Costume is just the right choice for some little critters of yours… that may or may not have their own super scent powers. This costume has a soft fuzzy tummy, a snap on hood with adorable pink ears, and anti-slip paws for traction! It will easily add to your baby’s adorable factor. Although, that smell? That’s not the costume.

This Adult Sly Skunk Costume is a great choice for the man who wants to put up a stink! The exclusive design features a long fluffy tail and a furry body. 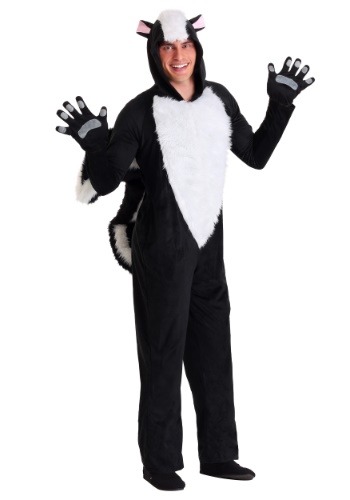 Rank and VileNot all stinks are equal. Over the centuries, the background of scents has changed completely. In the past, baths weren’t very popular. In fact, some hoity-toity royals were well-known for their disturbing odor. Take King Louis XIV for instance. He smelled so strongly of sweat that he ordered that attendants opened the windows in every room he entered as soon as he entered them. Then again, the whole world stunk. There was a lack of proper plumbing, there were no toothbrushes, people didn’t even have soap they could use on the skin until the 1700’s! So yeah, before the last century, being a stinker was the norm! Everyone from saints, princesses, and genius playwrights stunk a little bit. It’s time people go back to flaunting their Eau-Natural scent without shame with a costume that’s a little funky! Details & DesignSlipping into this hilarious skunky look is easy with this Made by Us costume jumpsuit! The suit zips right up the front of the fuzzy white belly. It’s all in one with a stuffed tail in back and an attached hood with sweet pink ears. The mitts are also attached with gray paws to make you more adorable as you’re doing forest floor scavenging.A whiff of the WoodsIn this costume, you can be as adorable as a skunk but you don’t have to commit to the odor. Want to pair up with more woodland creatures? We have all the forest creatures you can wish for! From little creatures like spotted fawns and sweet little chipmunks to bigger animals like bears and even a moose or two, all the animals you could hope for are a click away. Any party can be a forest fiesta if you so choose! Thank goodness you’re here first though, cause we all know the skunk’s always a slam dunk!