This Jimi Hendrix Scarf looks like the one that the guitar legend used to wear during his concerts. 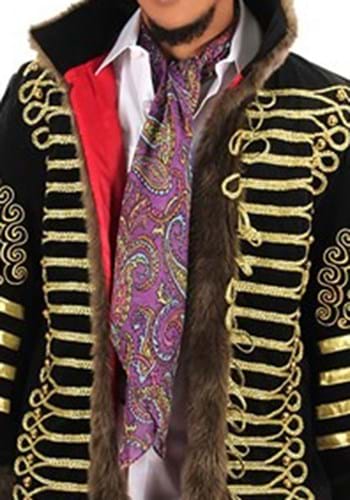 There are plenty of rock stars whose personal fashion has become genuinely iconic. Of those stylish stars, though, how many have made as good use of a scarf as Jimi Hendrix did? Precious few, we can say that for sure. Along with his bandana, his bell-bottoms, and, of course his head of hair, Jimi’s psychedelic paisley scarf was one of his most recognizable pieces of flair, something trippy enough to suit the era and also elegant enough to identify a man who went the extra mile to look sharp. You can’t say that about just every guitar god.This officially licensed replica of a classic Jimi Hendrix scarf adds a splash of classic rock to any ensemble, whether you’re dressing as Jimi himself or anybody from his era. Made from polyester challis fabric, this eye-catching scarf measures 40 inches square and features a classic paisley print on a purple background. Jimi Hendrix may be an eternal icon of the 1960s, but his look lives on beyond the bounds of any era. And when it comes right down to it, isn’t that exactly what you want out of a rock star? 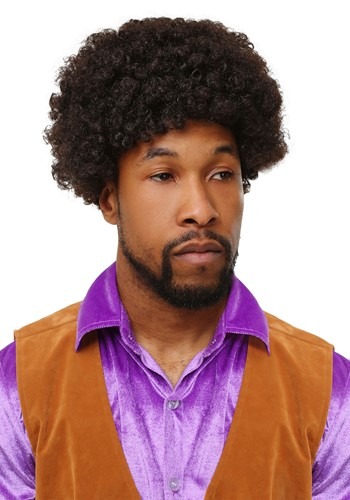 Not everyone can be blessed with bodacious curls like Jimi Hendrix. Some of us were cursed with thin, fine hair, or just don’t have the follicle fecundity to produce an afro, no matter how much we try to focus our energy into growing awesome hair. Others of us just really want an awesome rock and roll hairstyle for a day. Either way, we feel your dilemma. Jimi had some of the coolest hair to rock the music world and no one can really match up to it without a little bit of help. That’s where this awesome wig comes in.Based on the legendary rock and roll star’s famous hair, this Jimi Hendrix Wig gives you the glorious afro of the man who revolutionized guitar forever. No, the synthetic hair won’t grant you god-like musical prowess and it probably won’t get you a headlining spot at the next Woodstock concert, but it will, however, make you look ready to wail on your guitar like a prodigy. And who can put a price on that?