There’s no doubt that you’re in charge in this Aunt Lydia costume from the new Hotel Transylvania TV series. 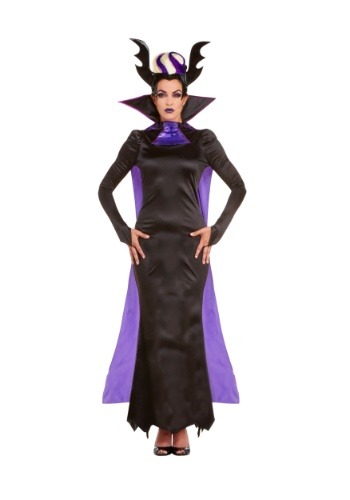 Do you like positions of power? Do you like to think you’re an old soul, like a five hundred year or more year old soul? If you’re looking for a once in a life time position then you’d better take your new position at Hotel Transylvania very seriously. Of course, if you’re Dracula’s sister, Lydia then you have no trouble taking everything seriously. Every hotel has their regular characters. There’s the chronic thief who steals everything from the hotel towels to the fake apples in the lobby. There’s the Rockstar that ruins their room whether or not they’re actually famous. There’s the honeymoon couple, acting so sugary sweet to each other in the lobby that it gives everyone a toothache. The Hotel Transylvania is even more extreme when Dracula leaves Lydia has to make sure that the ghosts stop clanking their chains by midnight and that the janitorial staff is keeping up with cleaning after Blobby’s slime. Your responsibilities don’t stop once your guests leave, you need to make sure that the fibula some body left in the lobby ships to the right crypt. When you’re showing up to your next event make sure everyone knows who’s in charge. That’s right, Aunt Lydia, that’s who! This costume has all the vampy charm that your heart desires. The dress has puffed sleeved and a dignified purple cape. You’ll really stop the show with your fantastic headpiece. Showing up to Halloween as Aunt Lydia this year will ensure that every monster at the mash is on their best behavior.

Transform your child in to the independent and headstrong Mavis when you put them in this licensed Hotel Transylvania Winged Mavis Girls Costume. 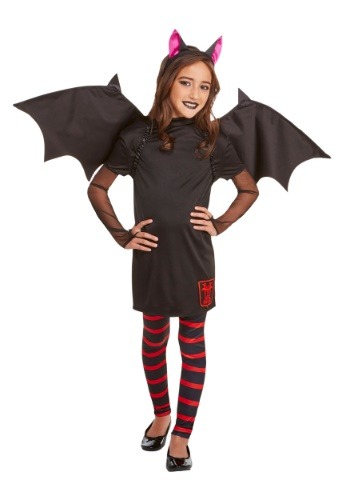 Fly by NightDoesn’t flying around the night sky with your family sound awesome? We’d love to sit in the clouds and talk it out while the bats fly around us. Or maybe we wouldn’t. If we’re being honest we’re freaked out by heights and extremely creeped out by bats. No offense, bats, it’s just that we don’t understand why you can’t choose between being a bird or a mammal. But our squeamish point of view just leaves more pristine flying airspace for those daughter- father bonding moments that they hold so dear. Maybe your child is one of the brave souls who would love to live Mavis’s monstrous lifestyle. If so, this costume will fully embrace her batty style!Product DetailsThis costume perfectly blends the fashionable and animal of Mavis’s personality. It includes a black shift dress with a shield near the hem. The mesh sleeves slip over her hands as a bow to her Victorian heritage. Mavis never disappoints with her accessories. Your daughter will rock the black and red leggings, a bat-eared headband, and a gorgeous pair of bat wings. Top off the look with a layer of black lipstick and nail polish and she’ll be ready to fly in style!Creature FeatureMavis has a lot of friends back in Transylvania. They all have elements that are sure to fuel an awesome Transylvanian bash. You should see the Murray the mummy dance, just don’t play Walk Like An Egyptian, you’ll never get him off the dancefloor ever again. And that Frankenstein might be clumsy but he sure is gregarious! Want to make this costume into a group look? Recruit a couple people to dress as various classic monsters and Mavis will feel right at home. Do one will ever forget a group this horrifically terrific!

This Child Hotel Transylvania 2 Frankie Costume turns your child in the character from the Adam Sandler animated hit movie. 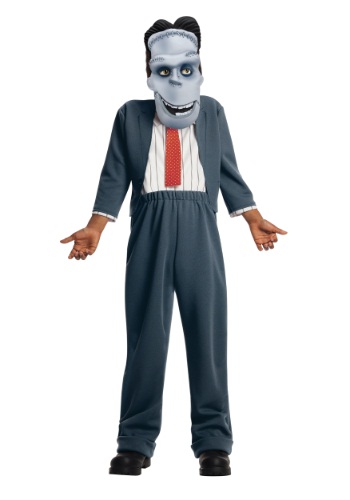 He’s lovable, but a little on the clumsy side. Doesn’t seem to know his own strength. And he’s so prone to losing things, it’s truly a wonder his body parts… including his head… aren’t scattered around all over the place. He’s also got a bit of a tendency to point out that the “Frankenstein” everyone knows and loves is actually Frankenstein’s monster. Occasionally, he has really bad gas, too. Like, we’re talking toxic-bad. To his credit, though, he’s sweet and has a healthy fear of fire.Of course, we’re talking about Frankie from Hotel Transylvania. W-wait. You seem surprised. You actually thought we were talking about your kid?! Hmm. Well, maybe they do share a few similarities, now that we think about it! And since your kid sometimes acts like–and idolizes–everyone’s favorite stitched-together monster, there’s no doubt the Child Hotel Transylvania 2 Frankie Costume is the one for him!It suits your little monster’s (we say that lovingly!) style and personality to a tee, and the best part is, it’s more than just a cool mask (and it most certainly is that, too!). This Frankie costume also comes with his signature suit, including a pair of pants with an elastic waist, and a jacket that nails the necktie look. You won’t have to use spare parts from other monst… er, we mean costumes… just to bring this little Frankenstein to life. So suit him up in the Child Hotel Transylvania 2 Frankie Costume and let him haunt the town with his friends… you know, Dracula, Murray the Mummy, and the rest of the gang…