This Coming to America Akeem Costume is officially licensed and is available exclusively here! 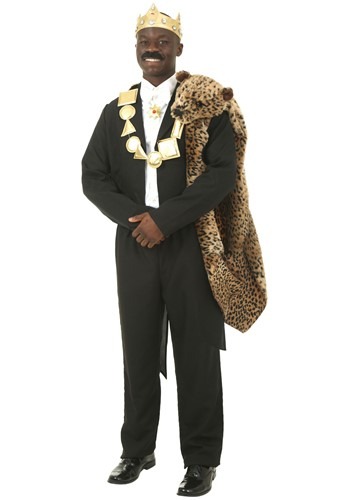 You might think a prince giving up his life of luxury and traveling to a whole new land to live a normal life is a little bit crazy. If you asked Prince Akeem why he would do that, well… he’d probably be too fascinated by something seemingly mundane to answer. But you can do the next best thing by dressing up as the prince of Zamunda in our exclusive Coming to America Akeem Costume, and see what royal life is like for yourself!Actually, we could see why being a prince and having your every want and need attended to could get boring, even if the idea of having a kingdom one day sounds pretty great. But dropping everything to get a fast food job in New York City like Akeem did in Coming to America seems like a pretty drastic life change. Since it was in the pursuit of true love and happiness, we can understand, and it lead to some great culture shock moments that definitely must have given him tons of party conversation material. But in the end, the real prize for Akeem was discovering what he really wanted out of life, and isn’t that worth more than any kingdom?Ha, right, sure it is! And partying it up like Eddie Murphy’s classic character in this licensed costume is the only way to do it! We’ve meticulously designed this regal outfit to give off that traditional Zamunda vibe, from the style of the suit, to the look of the medallions, crown, and leopard shawl. You won’t want to go back to common outfits when the party’s over!

This Plus Size Coming to America King Costume lets you look like the character played by James Earl Jones in the 1988 comedy. Available in 2X. 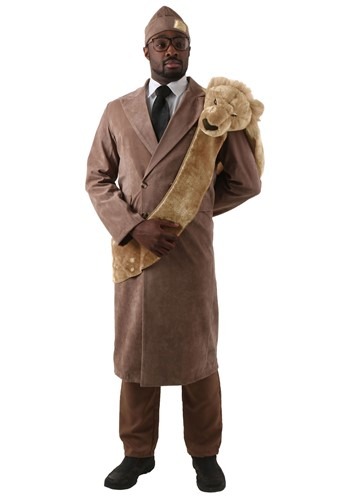 We have to wonder if, during his time in America, King Joffer of Zamunda ever got to try out McDowell’s. He’s certainly had McDonalds, but who cares about McDonald’s when you can have McDowell’s? They’ve got the golden arches, we’ve got the golden arcs. They’ve got the Big Mac, we’ve got the Big Mic! McDowell’s is most certainly the finest eatery in all of Queens. But, when you’re the king of your own nation, it can be hard to eat with the common folk. Especially when you’ve got women dropping rose petals wherever you walk (as they should, because you’re the king!). So it can be hard to understand why your heir, your own son, wants to travel off to America to find a wife. What’s wrong with all the women of Zamunda? He could choose any one of them. But you love your son, so what are you going to do?Well you’re certainly not going to let him give away his title and his fortune! Absolutely not! And you’ll be damned if you see him get that Soul Glo (“Just let your Soul Glo!”). None of that is proper for a prince of Zamunda. And Semmi… well, you don’t trust Semmi, do you? He’s a bit obsessed with power and money. Semmi has no interest in finding a wife. At least your son’s intentions are honorable. Yes, you’re proud of your boy Akeem. So you shall support his choice of wife. You can do anything. After all, you’re the king of Zamunda! So have the royal ladies dress you and put on your lion skin. It’s time to show Queens what a king is.

Dress as Akeem in our exclusive Plus Size Coming to America Akeem Men’s Costume. Available in 2X and 3X. 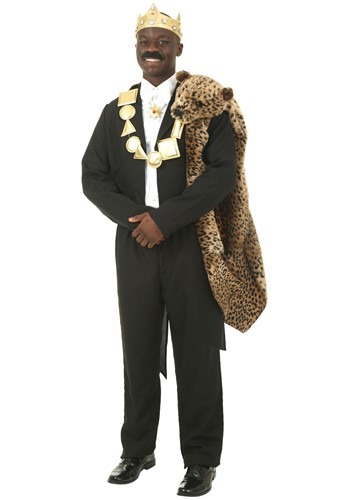 American CultureAmerican culture can be a bit of an enigma. That’s especially true those who’ve never set foot outside of their country. Just take a look at Akeem, the soon to be King of Zamunda. He’s only been in the country for a few days and everything seems to puzzle him. Like, how do people go about mopping a floor? What’s the deal with American Football? Why does everyone love Soul Glo so much? Why is Samuel L. Jackson living like a pauper when he’s obviously a very talented actor who could get a role in just about any movie he wants? And why do so many of the patrons at the barbershop look suspiciously similar to each other?Well, the only way to find the answers to these questions is to spend a little time in America! Who knows? Maybe you can pick up a part-time job at McDowell’s and meet the woman of your dreams. You never know!Design & DetailsWith this officially licensed Akeem costume, you can become the main character from the iconic 80s film, Coming to America. This outfit recreates the look of Eddie Murphy’s princely outfit. It comes with cutaway tailcoat jacket that has a faux breast pocket and stylized lapels. The shawl fits over your shoulder and is designed to look like a real leopard pelt. Don’t worry though, it’s made from synthetic materials, so no real leopards were harmed in the making of this costume. The necklace is made of large foam pieces and is coated in a shimmering gold paint to mimic the look of solid gold. The matching gold foam crown features plenty of faux gems attached to the front and sides. The costume also comes with a medallion and bow tie to finish out the look. Just pair it up with your own pair of black pants and you’ll look like the crown prince of Zamunda!For 80s FansIf you’re ready to learn more about American culture, or if you just have an intense love for 80s comedy, then you’re going to feel right at home in this Coming to America costume.